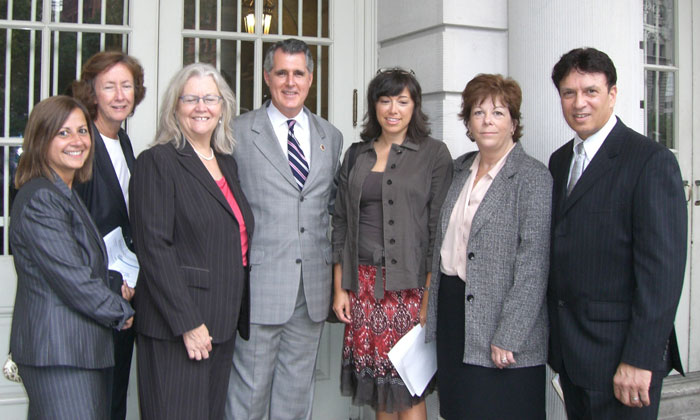 Councilman Gennaro, center, with supporters of his proposal to ban smoking in cars with minors.

Councilman James Gennaro started a media frenzy when he proposed legislation to ban smoking in car with children under 18.

I wrote a long and informative press released on the reasons behind Gennaro’s decision to pursue the ban — after much research on the dangers of second-hand smoke, other legislatures around the country with similar laws and organizations that support such measures.

I coordinated a press conference and released the media advisory two days prior. Members of the media pounced on the story immediately, bombarding me with calls and emails, requests for embargoed information and for interviews with Gennaro.

On the day of the press conference, hundreds of people — members of the media, supporters and protestors — came out to the steps of city hall to hear Gennaro and several other lawmakers speak on the proposal. Within one day, the news spread internationally and everyone was talking about the councilman. He also appeared on NY1’s “The Call” with John Schiumo. Whether they supported Gennaro’s proposal or opposed it, he was the topic of discussion and brought awareness to an issue that was dear to him.

Hundreds of news outlets and blogs covered the story and I interacted with almost every single one. I fielded calls, exchanged emails and arranged for the Councilman to interview as needed.

Click on the image to view the press release in full. 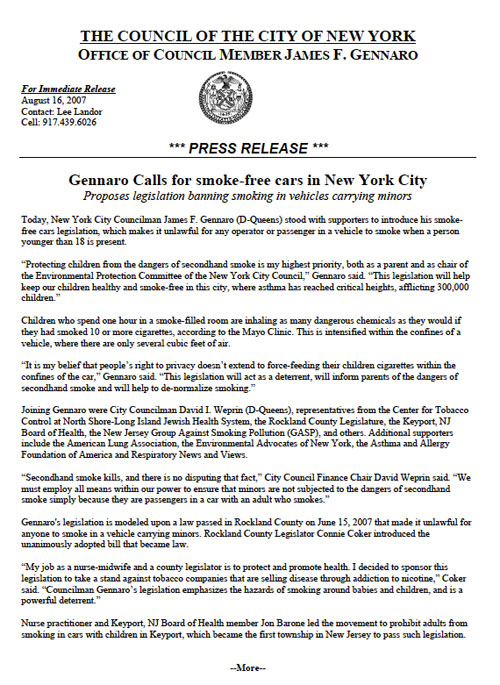 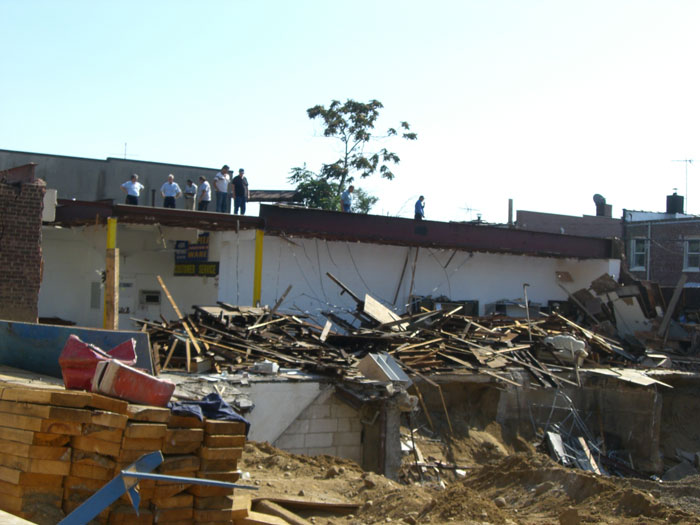 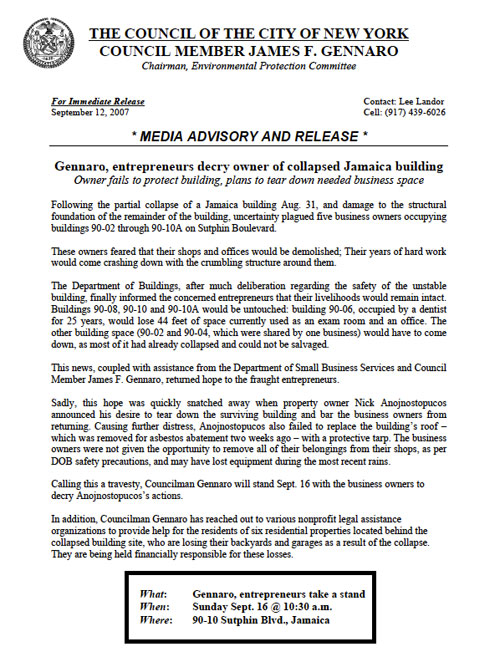 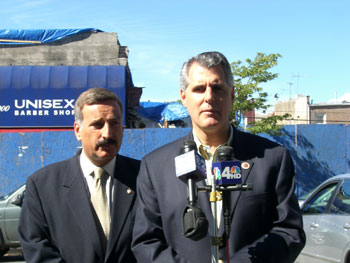 This was a joint press release I wrote with some collaboration and research assistance from my colleague at Councilman David Weprin’s office.

The press release was widely distributed and garnered significant media attention. I secured placement for the councilmen in a number of publications, including the New York Times, Queens Gazette and the Gotham Gazette.

I wrote this press release in November 2007 to distribute to the media following a press conference I coordinated, in which Councilman James Gennaro announced his successful mission to protect New York City’s endangered wetlands.

In order to research and write the release, and plan Gennaro’s announcement, I reached out to other organizations and advocates involved in the cause, and coordinated their input and appearances.

The press conference was a success and garnered significant media attention. The release secured placement in a number of publications, including the New York Daily News, the Queens Chronicle, and the Times Newsweekly. 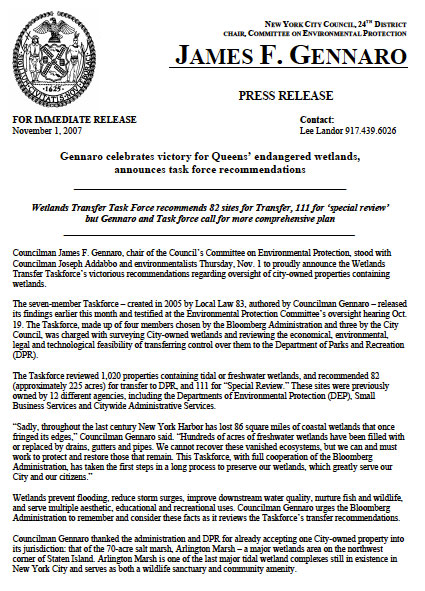