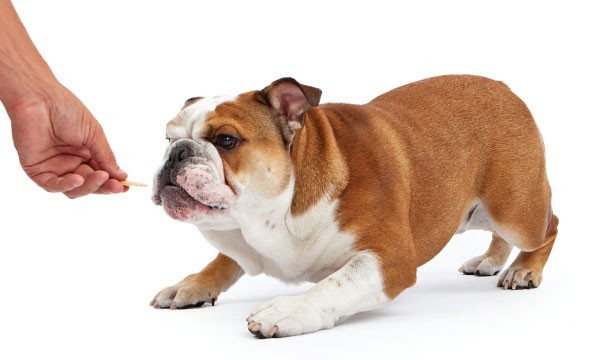 Dogs don’t really come with instructions. Sure, even newbie owners have a general idea of what not to do (feed them chocolate) but there’s much more to it if you want a thriving canine companion. Where there are dogs, there are dog trainers. These so-called dog whisperers are as widely varied in background as they are in methodology. Pulse caught up with some of the best to learn about their stories and styles.

For trainer Asha Gallacher, who runs the North Fork School For Dogs with business partner Dawn Bennett, successful dog training requires a hands-off , rewards-based approach. In Glen Cove, Jackie Comitino doesn’t limit herself to any one technique, preferring instead to operate Back 2 Balance Dog Training and Rehabilitation with an open mind and to tailor training to individuals. Meanwhile, SuperPaws Dog Training founder Chris Smith is all about trying whatever works to solve problems and achieve results. Their varied backgrounds made for interesting insights that can help just about every dog owner.

Long Island Pulse: Tell us about the experience that launched you into dog training.
Asha Gallacher: I rescued a Cardigan Welsh Corgi, and this dog was really damaged, a really fearful dog. I worked with her intensively and she really came around. It was that love of being able to help this poor animal that was just a bundle of nerves and fear. For her to be able to live a normal life—I said, “Wow, this is awesome. I want to do this again.”

Jackie Comitino: Me and my ex adopted a dog. We did everything we could possibly do wrong and we kind of created a little monster. She followed us everywhere, she whined about everything. Little did we know at the time, we were really just feeding into a lot of anxiety and a lot of problem behaviors that were just beginning to surface. So I started reading up on basic training behaviors and it grew from there.

Chris Smith: I got a German Shepherd that would kind of beat me up a little. I had no a clue what to do with him, so I enlisted the help of a dog trainer. He did a wonderful job with my dog and really inspired me to think that I might be able to do it myself. After a lot of browbeating, he agreed to enlist me as his apprentice.

How early is too early to start training?
AG: You can never start too early. That’s what our philosophy is: start training them now before these problem behaviors occur. For example, jumping up on people. You can eliminate that if you just reward the dog and pet the dog when they’re sitting. That’s it. And then you’ll never have a dog that jumps.

JC: I think you just know in your gut. It really comes down to: do you want to help your dog? The goal is for you to coexist.

Is training more about the dog or the owner?
JC: I’d say it’s all about relationship building. I don’t focus so much on rehearsed behaviors. I focus on what’s [the dog’s] state of mind, getting them to a calm state of mind where they can actually make better choices and I teach the owners how to maintain that. If I can get a dog to do something, that’s great. But I’m not going to be very successful if the owners can’t do it.

CS: Yeah, whatever works for the dog and for the client is what we’ll use.

What’s the most common mistake people make when getting a dog?
CS: I think it’s failing to crate train. Even if you don’t plan on using the crate for a long time, it actually helps the dog build bowel and bladder strength, which makes your life easier.

AG: Socializing puppies young will make your life easier. There’s a very important window… a fear imprint stage and it’s really important that you expose your puppy to positive new things in a very positive way so they don’t develop these fears later on. If you isolate your puppy and don’t allow them to be sponges that can soak in all this information, they develop phobias later in life.

What was your most challenging case? How did you resolve it?
JC: A dog who was guarding his crate. You couldn’t get near it. It was bad. He tried to bite me a few times. Little by little, by counter conditioning and throwing some food in every time I walked by—just making positive associations—we did get to the point where you could take him in and out of the crate without getting your hand ripped off.

CS: His name was Louie. He was a Central Asian Ovcharka—225 pounds and responded to nobody but his owner. It took almost two months of daily interaction before we were able to get close enough where I could pet him without him trying to bite me.

What about the overall most challenging behavior problem?
CS: Fear-aggression is the trickiest.

JC: And aggression in itself, a lot of times, is just fear. Dogs are really the key to help rehabilitate aggressive dogs.

What’s up with the need for dog training on LI specifically?
AG: We’ve found that rural dogs are less socialized than city dogs. From day one, [city dogs are] exposed to noise, trucks, honking, dog parks, loads of people walking by… where our country dogs maybe see one other dog on a walk. Everything is quiet.

CS: Yes and a byproduct of this could also be mentally under-stimulated dogs, which may produce destructive behavior.

JC: I think it’s more about getting to know dog behavior. If you’re not going to hire a trainer, definitely get to know your dog and dog behavior, just the little subtle signs, and it could create a better relationship.

CS: To create a good relationship from the get-go, you have to do your research, figure out what’s going to be best for you, for your house setup and for your family setup. Make sure you have your resources in place prior to accepting the new member of the family.